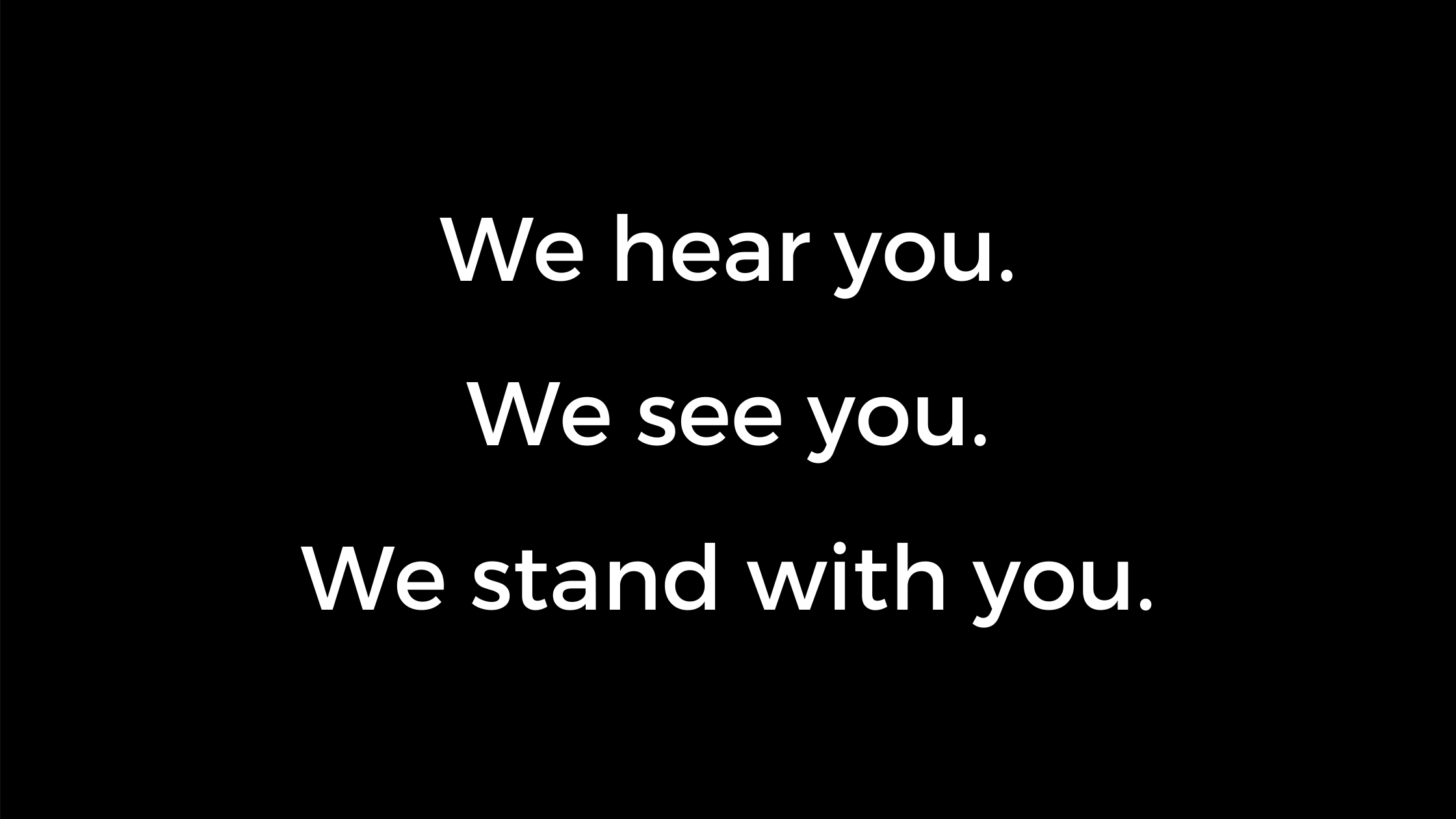 At Provision, we stand for People, Planet and Profit, and these last few weeks have made it very clear how little we know and understand about a key aspect of the People pillar, namely the realities of institutionalized racism in our country.

For the first time in a long while, there is a national conversation in Canada about how racism, particularly against Black and Indigenous people, is institutionalized through the power structures of our society.

It feels like there are finally cracks appearing in the systems that have divided our country, and the people who live in it, for so long.

From the boycotts of Facebook for its unwillingness to take action on hate speech, to US states banning the confederate flag.

From the peaceful protests in thousands of towns and cities to the clarion calls to address the slide of the police into militarization.

From the apologies given to footballer Colin Kaepernick by the same NFL who once ostracized him, to sportsmen and women who now regularly take a knee, it feels like we may be entering a period of change that is centuries overdue.

One of the traits of the last few weeks has been how companies of all shapes and sizes have put out statements, condemning racism and violence and making commitments to do more.

We wrote a statement along those same lines about three weeks ago, but never sent it out. Not because we didn’t and don’t condemn racism in all its forms in the strongest possible terms. But rather because I felt, and we felt as a team, that it would be inauthentic to pretend to have an opinion on an issue which we knew so little about.

You see, I am a white woman who leads a team of white women and men who serve an industry that is much more diverse than we are.

My team and I have no lived experience of institutional racism.

We have no idea what it means to live with daily micro-aggressions because of the colour of our skin.

We have no conception of what it feels like to know that there are places you can and cannot go in your city because of how you look.

We have no way of understanding what it means to have barriers placed in front of you in every aspect of life because of the way your name sounds, or what it is like to have the conversation with your children when they start to realize that they are not offered the same chances in life as my child will be.

And so putting out a statement condemning racism when we had no idea what it actually meant felt wildly out of integrity.

It felt to us like we had no right to say anything (least of all make any commitments), until we had taken the time to shut up and listen to what Black & Indigenous people, and those of other minorities (particularly in our industry) were saying and that we collectively weren’t hearing.

So, over the last few weeks, we have sought to do just that, to educate ourselves, to read, watch and listen. We have shared resources and sought to deeply hear, without prejudice, the lived experiences of others, while recognizing that it is not up to Black or Indigenous people to educate white people about racism.

We have learnt much about ourselves and about the system that we operate in, and de facto, perpetuate.

We have begun to understand how everything we think we know about racism is wrong because it comes from our perspective as white people.

For me, the most powerful moments have been when I start to catch my own biases and filters.

I know now that I have adopted a host of tropes and stereotypes that enable me to explain away how Black and Indigenous people are treated in this country. Most of these tropes I adopted through a form of subconscious, cultural osmosis as I was growing up. They were simply embedded into my education, into the national narrative in a way that was impossible for me, as a young white person, to distinguish.

I realized that walking alone at night, I was more afraid of Black men than white men. I recognized that I had crossed sidewalks in the past as a result of that fear. And I recognized how I had simply taken on that fear without ever stopping to question it, to challenge myself, or to examine the damage it could cause.

I learnt that my white privilege is so pervasive as to be almost invisible. I started catching expressions of it in the media, at work, in schools, almost everywhere I looked. I noticed how our society was set up to enable me, as a white person, to avoid really ever having to truly listen to the lived experiences of Black or Indigenous people.

As a team we watched The Color of Fear, a film by Lee Mun Wah.

This documentary, simple but ruthlessly effective, follows a facilitated conversation about race with a small group of Black, Asian, Latino, Indigenous and white men and women.

The core theme of the film (90 minutes in the edit, a full weekend in real life) explores how the white members of the group, and one in particular, refuse to acknowledge how race influences and determines the lived experiences of the other men and women in the group. The exchanges are at times powerful, and we get to bear witness to the frustration, the anger, the despair caused by this gaslighting. The outcome is one of opening, where the white man finally sees this pain, finally hears the lived experiences of the others and dissolves into tears.

It underlined for us the importance of continuing to listen. Carefully. Deeply. Powerfully. And through that listening, to really hear and acknowledge the experiences of others and catch our conditioning and how our whiteness would have us react.

And it underlined our ignorance.

At Provision, we stand for People, Planet and Profit, and these last few weeks have made it very clear how little we know and understand about a key aspect of the People pillar, namely the realities of institutionalized racism in our country.

To stand in integrity with our commitment to these three pillars, we have much more work to do.

So yes, at Provision we condemn racism and discrimination in all its forms, in the strongest possible way. But our statement is one of intent. We are committed to doing this work. To listening and to changing our behaviours and our policies as a business based on what we learn.

We know that the opening that is emerging in the oppressive system of racism can only be prised further into meaningful change by hearing what has not been heard, and then by catching the triggers and reflexes that would have us divide our country.

That is what you can count on us for.

And to underline both the urgency and the importance of this, I leave the final words to Catherine Pugh, an Attorney and Professor of Race and Law. A Black woman talking to white men and women.