How Do You Eat an Elephant? 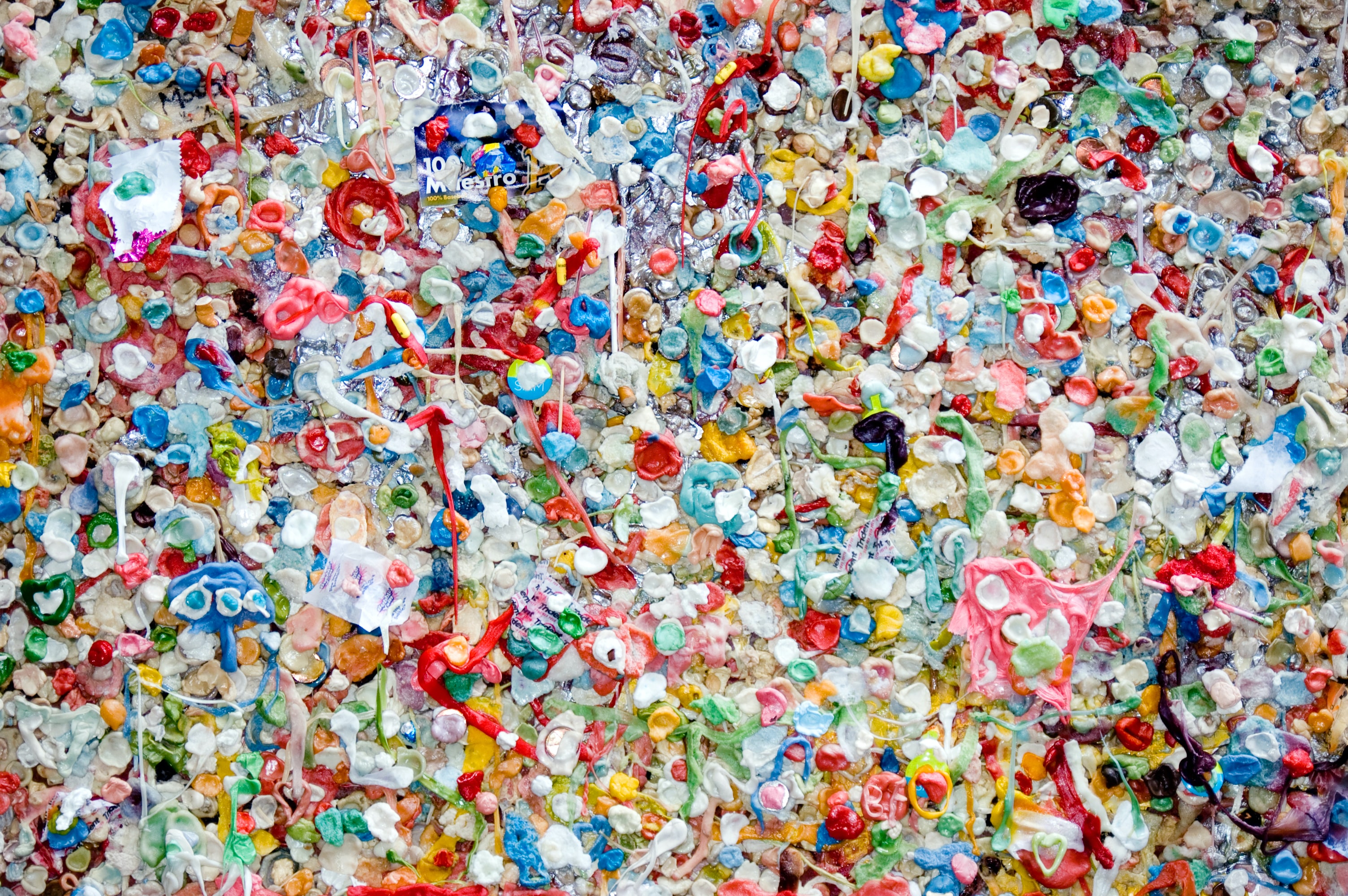 Understanding the system of incentives that create the problem with packaging

Seven years ago, I decided to get my change management certification.

I’d been working with companies on sustainability for nearly 15 years at that point and felt the calling to update my toolbox.

Over the intense week of training, I can’t tell you how many times I heard the phrase “incentives drive behaviour”. Of course, it wasn’t a new concept to me, but to have it put front and center in such a powerful way did give me a new context.

And so today, when I look at a problem, particularly a wicked problem that has layers of complexity built into it, I now start by trying to understand the system of incentives that are creating the behaviours which in turn are creating the problem.

Now, if you want a really wicked problem with lots of complexity layered into it, may I suggest the intersection between packaging and food loss and waste? It’s a doozy!

I’ve spoken about this issue a number of times in recent blogs, particularly because the National Zero Waste Council is hosting a number of virtual meetings on the issue in early October.

At these events, my friend and colleague, Martin Gooch, will be presenting the results of the report that he and his team have prepared on the issue and which features a number of valuable recommendations. So it felt like a good time to sit down with Martin and try to unpack the problem…from my favourite perspective of “incentives”!

Here are some of the highlights of that conversation. And spoiler alert, you’ll hear the word “incentive” quite a lot!

Martin, you and I are clear that we need to collectively shift to a circular food system where we use packaging in ways that is good for both people and the planet. To do that, everyone has a role to play. So, what do you think are the incentive structures that we need to shift to make meaningful progress on this?

“Well, let’s start with the conversation about virgin versus recycled plastic. Let’s look at what is driving the status quo here. Plastic, as we all know, is a by-product of oil and gas refining. Right now oil is at roughly $40 a barrel, which means these inputs are both cheap and plentiful. Second, because the raw materials to make plastic are a commodity, the plastic manufacturers can only compete on complexity. They compete by taking different types of plastics and combining them in innovative ways to create products that do new things, and for that they charge you extra. But recyclability requires simplicity. Let me give you an example. If you take PET (polyethylene terephthalate) and LDPE (low-density polyethylene), they both melt at different temperatures. So putting them together in a laminate allows the packaging companies to sell these commodities for a premium but makes them significantly harder to recycle.”

So, on the packaging side, you have an industry which is incentivized by the need to take cheap and plentiful raw materials and make them complex, and therefore less recyclable, in order to make money.

“Absolutely right. In Denmark today there are over 6,000 types of food and beverage packaging. And that’s in Denmark, a country of just 5 million people! And each of those types is going to differ in their recyclability and in the efficiency of that recycling. Here in Canada we have no regulation or legislation on this.”

What about on the food or beverage processor side? What incentives are driving behaviour there?

“During the research for the report that I will be talking about at the National Zero Waste Council events later this fall, I spoke to the head of packaging procurement for a major multinational FMCG (fast-moving consumer goods) company. He explained that if he buys virgin plastic, there is one quality standard and all his suppliers abide by that standard. However, if he wants to buy recycled plastic then he has to negotiate a standard with each manufacturer he works with. And while he can buy all his virgin material from one manufacturer, because they are so big, recyclers tend to be much smaller, which means he has to work with several. And because there is no common standard between them that becomes a huge challenge”.

“Yes, that’s right. And if you have a lot of small players in an industry, there is rarely an incentive to agree to common standards, for fear of losing market share. Which means that the recyclers are actually being incentivized to not create the standards that the customer is asking for, thereby making it more difficult for them to purchase”.

What about the MRFs (Materials Recovery Facilities) in all this?

“Well the MRFs are in a tough spot. The recyclers will pay MRFs based on what they can sell the recycled packaging for, minus their cost of operations and margins. And the problem is that the recyclers are up against a very cheap virgin product and so they have to compete, which means that MRFs are continually getting squeezed and can’t afford to invest. Which in turn means that they are becoming less and less efficient and not able to process new types of packaging. Which in turn further decreases recycling systems’ incentive and ability to increase their effectiveness by continually adapting to changing circumstances”.

“That pretty much nails it. And we haven’t even brought the consumer into the conversation yet. The consumer is convinced that packaging is bad, but yet wants safer food with longer shelf life, which in itself is a dichotomy.”

We know this is a broken system, but in these kinds of scenarios, I’m always on the lookout for the incentives that would create the biggest impact if they could be changed. What do you think would be the two biggest ones here?

“Again, during the research for this report, an influential industry leader told me that all the government needs to do is mandate a minimum content of recycled materials. They just need to introduce that legislation and then stand back and watch innovation occur. I agree. I think it would drive a market for recycled materials in a way that doesn’t exist today. And that will give the recycling industry the incentive to invest in becoming more consistent and building capacity - maybe even creating shared standards. And at the same time it would drive packaging manufacturers to modify their systems. So that would be the first. The second, which is rather a political hot potato right now, is to introduce harmonized and effective EPR (Extended Producer Responsibility) systems at a federal level.”

That’s likely to be a contentious choice….

“You know, if we want those convenient, ready to eat, semi-prepared products we are going to have to find a way to address their true costs, which includes both the environmental cost and the physical cost. EPR makes the systems, the recycling and collection, the composting, the anaerobic digestion and more - more economically viable by making the consumer and the producer pay for them. It might not necessarily be a hugely popular choice, particularly with food and beverage processors and manufacturers, but the question isn’t whether packaging is good or bad, it’s about how do we create a circular system that works. So, if you are asking me which two incentives I believe would have the greatest positive impact on the system, I think it would have to be mandated content and federally-implemented harmonized EPR”.

Martin, thanks for your time today. I think it is a helpful exercise to unpick this big, thorny issue in this way. Without understanding the fundamental incentives and drivers of each part of the system, we can’t employ systems thinking to make meaningful shifts. Before we sign off, do you have anything else that you want to put in the space ahead of the events we will be seeing you at in October?

“Yes, there is one more thing. I would like to see producers and food and beverage processors come together and establish common standards for the types of packaging that will be used in food. The Canadian Produce Marketing Association is doing some really good work in this space, helping its members make informed choices. I don’t think it would be too hard for some of the bigger players in the food and beverage processing industry to come together and agree to only use certain types of packaging. This would create incentives for the packaging industry, both virgin and recycled, to meet those standards. And, crucially, it would provide really valuable guidance for SMEs who want to do the right thing around packaging but who often don’t have the skills and experience to know how. So I’m hoping the events in October will be a chance to have that conversation too.”

We are looking forward to it, Martin. Thank you.

Provision Coalition is promoting the National Zero Waste Council events happening September 22, 2020 (Western Canada), October 7th (Eastern Canada), and October 21st (Quebec), featuring Martin Gooch and other guest speakers, including Ron Lemaire from the Canadian Produce Marketing Association. I sit on the Board of the NZWC and am delighted that the Council is creating the space for a deeper conversation on the apex between packaging and food waste.

To find out more and to register for these virtual events, click here.